Brian Kilmeade: The unequal justice has to stop

Trump raid is not about classified information: Former assistant US attorney

Travellers hit by another rail strike 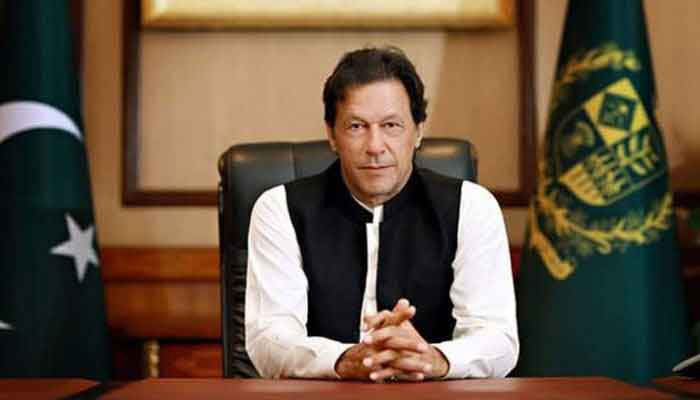 ISLAMABAD:  Prime Minister Imran Khan on Saturday said he was “puzzled at the cacophony” over Pakistan’s exclusion from US President Joe Biden’s climate change conference.

“I am puzzled at the cacophony over Pak not being invited to a climate change conference!” tweeted PM Khan.

The premier said he was puzzled as his government’s “environment policies are driven solely” by its commitment to the future generations of a clean and green Pakistan to mitigate the impact of climate change.

The PM said that due to this approach, his government has taken initiatives such as Green Pakistan, 10 billion-tree tsunami, nature-based solutions and cleaning up of Pakistan’s rivers.

“We have gained vast experience in 7 years, beg with KP, and our policies are being recognised and lauded. We are ready to help any state wanting to learn from our experience,” said PM Khan.

The PM said that if the international community is “serious about countering impact of climate change” they can look at the priorities he has laid out for the UN Climate Change Conference 2021 — COP26.

Last month, US President Joe Biden invited 40 world leaders to the Leaders Summit on Climate he will host on April 22 and 23.

However, Pakistan was the most notable omission from the list of invitees. The virtual Leaders Summit will be live streamed for public viewing.

The Leaders Summit on Climate will underscore the urgency – and the economic benefits – of stronger climate action, international media reported. It will be a key milestone on the road to the United Nations Climate Change Conference (COP26) this November in Glasgow.

The summit will reconvene the US-led Major Economies Forum on Energy and Climate, which brings together 17 countries responsible for approximately 80 percent of global emissions and global GDP.

The president also invited the heads of other countries that are demonstrating strong climate leadership, are especially vulnerable to climate impacts, or are charting innovative pathways to a net-zero economy. A small number of business and civil society leaders will also participate in the Summit.

Leaders from India, Bangladesh, Antigua and Barbuda, Bhutan, Democratic Republic of the Congo, Jamaica, Kenya, Nigeria and Vietnam have been invited to participate in the summit, but not from Pakistan.

To the snub, Pakistan came out with a strong response asking for ‘inclusive cooperation’ to criticism that it had not been invited by Joe Biden to the Leaders Summit on Climate Change.

Defending its position on the importance that Pakistan gives to climate change, the Foreign Office pointed out that there was no doubt about the commitment to addressing climate change and Prime Minister Imran Khan’s leadership on this account is well accepted and appreciated around the world.

“Climate Change is one of the defining challenges of our times that can only be countered through inclusive, cooperative and forward-looking policies. Pakistan remains fully committed to play its due role in this fight,” said the FO.

It pointed out that The Leaders Summit on Climate Change hosted by President Biden reconvenes the US-led Major Economies Forum on Energy and Climate, which brings together leaders from countries responsible for approximately 80 percent of global emissions and GDP.

“The summit also includes representation from countries holding chairs of geographic regions and groups including least developed countries, small island developing states, and Climate Vulnerable Forum. Pakistan, despite being among the top 10 countries affected by Climate Change, is one of the lowest emitters – with less than 1 percent of the global emissions,” the Foreign Office added.

It also sent out a reminder that Pakistan is continuing to meaningfully contribute to shape the global climate change discourse, inter alia, as the vice president of the UN Framework Convention on Climate Change and member of the Intergovernmental Panel on Climate Change.

as per our monitoring above Story originally appeared on